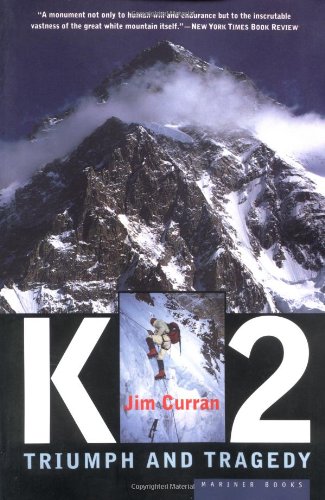 The events that took place on K2 in 1986 have gone down in the annals of mountain history.

A film originally intended to follow the British 1986 Fuller’s K2 Expedition attempt on the unclimbed NNW Ridge, but in the end is an enthralling tale of the disastrous and tragic summer that claimed the lived of 13 climbers on K2. The weather throughout the summer was both unpredictable and ferocious, and teams were pinned down for days on end. In the few good spells, some remarkable ascents were made, including Jerzy Kukuczka and Tadeusz Piotrowski alpine style ascent of the South Face. But the mountain took its unfeeling toll as avalanches, storms and accidents claimed lives from many of the international teams.

After three months, most had gone home, but a few remained and formed unlikely coalitions that led to the final tragedy, costing the lives of six climbers, including Julie Tullis and Alan Rouse, while a severely frost bitten Kurt Diemberger barely survived to tell the tale.