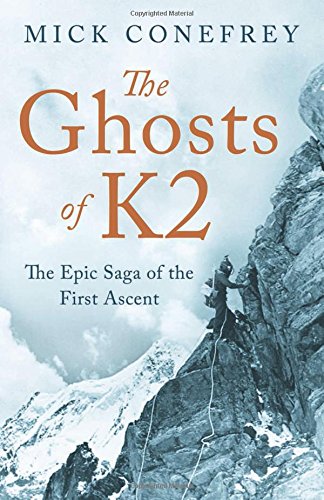 At 28,251 ft, K2 might be almost 800 ft shorter than Everest, but it’s a far harder climb. In this definitive account, Mick Conefrey grippingly describes the early attempts to reach the summit and provides a fascinating exploration of the first ascent’s complex legacy. From the drug-addicted occultist Aleister Crowley to Achille Compagnoni and Lindo Lacedelli, the Italian duo who finally made it to the summit, The Ghosts of K2 charts how a slew of great men became fixated on this legendary mountain.

Through exclusive interviews with surviving team members and their families, and unrivalled access to diaries and letters that have been archived around the world, Conefrey evokes the true atmosphere of the Savage Mountain and explores why it remains the ‘mountaineer’s mountain’, despite a history steeped in controversy and death. Wrought with tension, and populated by tragic heroes and eccentric dreamers, The Ghosts of K2 is a masterpiece of mountaineering literature.