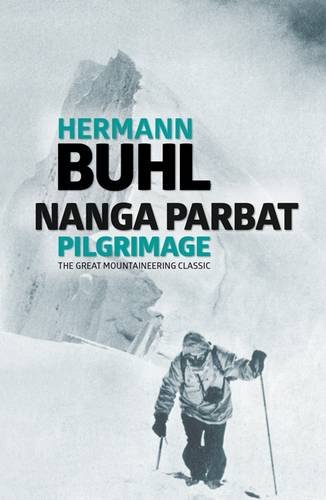 In 1953 Hermann Buhl made the first ascent of Nanga Parbat the ninth-highest mountain in the world, and the third 8,000-metre peak to be climbed, following Annapurna and Everest. It was one of the most incredible and committed climbs ever made.

Continuing alone and without supplementary oxygen, Buhl made a dash for the summit after his partners turned back. On a mountain that had claimed thirty-one lives, an exhausted Buhl waded through deep snow and climbed over technical ground to reach the summit, driven on by an irresistible urge . After a night spent standing on a small ledge at over 8,000 metres, Buhl returned forty-one hours later, exhausted and at the very limit of his endurance.

Written shortly after Buhl s return from the mountain, Nanga Parbat Pilgrimage is a classic of mountaineering literature that has inspired thousands of climbers. It follows Buhl s inexorable rise from rock climber to alpinist to mountaineer, until, almost inevitably, he makes his phenomenal Nanga Parbat climb. Buhl s book, and ascent, reminded everyone that, while the mountains could never be conquered, they could be climbed with sufficient enthusiasm, spirit and dedication.