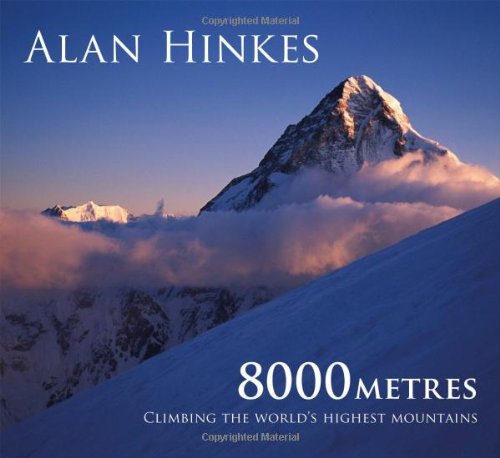 In this stunning large-format book, British mountaineer Alan Hinkes describes for the first time in one place his experiences of climbing all 14 of the peaks over 8000m: the world's highest mountains, in the Himalaya and Karakoram. While the photographs - despite being taken in impossible conditions - capture the beauty and majesty of the mountain landscapes of the roof of the world, the text describes the minute-by-minute struggle to survive in 'the death zone', let alone climb to the summits, often solo and in roaring winds and Arctic temperatures. As well as reflecting on the Yorkshire childhood and first Alpine ascents that got him to his first 8000m summit attempt, and the life that he has led and plans to lead since becoming the first Briton to reach all the 8000ers, Alan recalls the climbing companions he met along the way, several of whom have died in their beloved mountains, the trek-ins, the base camps, the setbacks and the triumphs. A book to challenge and inspire mountain-lovers everywhere.